A bird strike can ruin a bird’s day as well as your own.

At about 3:30 on a chilly 20-degree New York afternoon, USAirways A320 took off from LaGuardia’s runway 4 with its first officer at the controls. Few are not familiar with the “Miracle on the Hudson,” after hearing the somber reports of a powerless airplane with 155 passengers and nowhere to go but the Hudson river. Passing through 2,800 feet the Airbus collided with a flock of birds and the first officer relinquished control of the airplane over to the captain who performed a flawless ditching with no loss of life. The birds were Canadian geese.

Bird strikes on aircraft are nothing new. The first recorded bird strike occurred to none other than Orville Wright in 1905. The first fatality from a bird strike didn’t happen until 7 years later when pilot Cal Rogers hit a bird in his open cockpit “Vin Fiz” causing it to lose its engine and crash into a river. Pilot Rogers wasn’t killed from the impact. Instead, he drowned when he could not free himself from the inverted aircraft lying on top of him in the water.

Dangerous bird strikes have occurred throughout aviation’s history: 1960 Eastern Airlines, a flock of starlings resulting in 62 deaths. 1964, Astronaut Tom Freeman killed in a fighter jet when a bird struck his canopy. 1995, a Falcon 10 bizjet hits a bird and crashes killing 10 on board. In 2004 a KLM 737 struck a goose on take off and proceeded normally but the surprise came on landing when its damaged nose gear didn’t work. Fortunately no injuries in that one.

FAA Parts 23 and 25 no longer mandates bird impact speeds as was once required of aircraft. However, certification of jets now must withstand a 4-pound collision on the windshield and an 8-pound collision to the tail and empennage. Curiously there are no bird strike certification requirements for light aircraft and light helicopters although, ironically, these are most likely to operate at altitudes commonly shared with flocks of birds. Let’s do some math. At 200 knots a collision with a 30-pound bird results in an impact force of 30 tons! At 250 knots only a 4-pound bird will make an impact force of 15 tons! Aircraft certification testing was once done by firing chickens from a cannon into a windshield however now it is done with gelatin blocks or computer modeling.

One might think that a multi-ton aircraft striking a dinky little bird would result in a bird’s simple deflection off the nose as it careens to eternity. I have experienced one serious bird strike and that occurred over Philadelphia at 21,000 feet at 11 o’clock at night. We hit a goose and thought we’d struck another airplane. Our 100,000-pound0 pound aircraft shuddered and the flight attendants called up to us, “What was that? Are we OK?” Fortunately, there was no engine ingestion because, when there is, the imbalance caused by disintegrating turbine blades often literally rips the engine apart. But it destroyed the nose of the aircraft and all of the radar and avionics that sat inside it., probably $200,000 worth of damage.

The most dangerous bird strikes are those with geese because geese are larger/heavier, faster (closure speed higher) and they frequently migrate at night when pilots aren’t suspecting them. (See previous paragraph!).

Although it is true that light planes are moving slower so impact speeds are reduced, the damage can still be catastrophic. The plastic windshield thickness of a light plane is only between 1/8 to 1/4-inch. On a business jet or transport category jet the windows are laminated with layers for resiliency and optical correction and are between 1 to 3 inches thick.

The greatest threat of bird strikes (notwithstanding USAirways on the Hudson) is between March and April and then again between August to November. Birds tend to follow the same migratory routes that can be seen on various Internet websites1. The other interesting thing about bird migrations is that they tend to follow pressure patterns to take advantage of the best ground speed. As you know, in this hemisphere, air flows counter-clockwise around a low pressure system. If you take a look at the Prog charts and follow the isobar lines around the highs and lows you can roughly visualize where birds may utilize the winds aloft.

Most bird strikes occur on take off and landing with the greatest majority occurring below 3,000 feet and, of that, the heaviest concentration is within 1,000 feet of the ground.

There are a number of things a pilot can to do minimize a bird encounter. For one thing, pay attention to bird warnings on the ATIS or when given out by ATC. Similarly, be a “good neighbor” and provide controllers with reports when you observe bird activity at an airport or at a particular altitude. Treat a flock as you would a thunderstorm and give ’em a wide berth. When taking off use a noise abatement climb (hustle to altitude, in other words), avoid 3,000 or below and fly slower. Use windshield heat to keep the window as resilient as possible and turn your lights and strobes on. In more advanced aircraft, turn on auto-ignition.

Airports that are troubled with birds often are equipped with various tools to discourage them. Chemical repellents, tactile spikes placed in roosting areas, loud bio-acoustic or pyrotechnic cannons and even effigies like predator “scarecrows” are used. Keep in mind that when you’re taking off, birds tend to dive when their birdie-TCAS goes off and tells them something is approaching them (like your airplane). When birds are on the ground they tend to flush to about 50 feet and then settle back down. Ground birds can be dealt with by requesting a sweep by an airport vehicle or cannon sounding.

There’s a couple additional things you can do that might seem a little hokey but if it helps, why not? When you are in an area of bird activity put on your sunglasses. If one comes through a windshield you may have shards of glass going everywhere and some eye protection might help. The other thing that has been argued about for years is the use of radar on take off. Some commercial pilots will tell you that the birds “hear” the radar and that scares them which is nonsense. However some years ago the Audubon Society conducted some experiments and found that they believed birds can “feel” the warmth of the radio signal coming from your radar antenna. This “hot spot” may be uncomfortable and the birds depart the area. If the radar thing works, you’re ahead. If it’s doesn’t, what have you lost?

Finally, whenever you have a bird strike be sure to fill out an FAA Form 5200-7 (BIRD/OTHER WILDLIFE STRIKE REPORT). Both NASA and the FAA monitor and track these things which enable strategic planning that provides additional equipment where needed to assist pilots in in bird prone areas.

1 – Birds tend to follow the same 4 routes during migratory seasons. Such routes are depicted at http://www.birdnature.com/flyways.html

Areas of StudyFlight
December 8, 2015by admin

Stimulation by Simulation Vern Weiss A long time ago they discovered that training pilots...
Read More 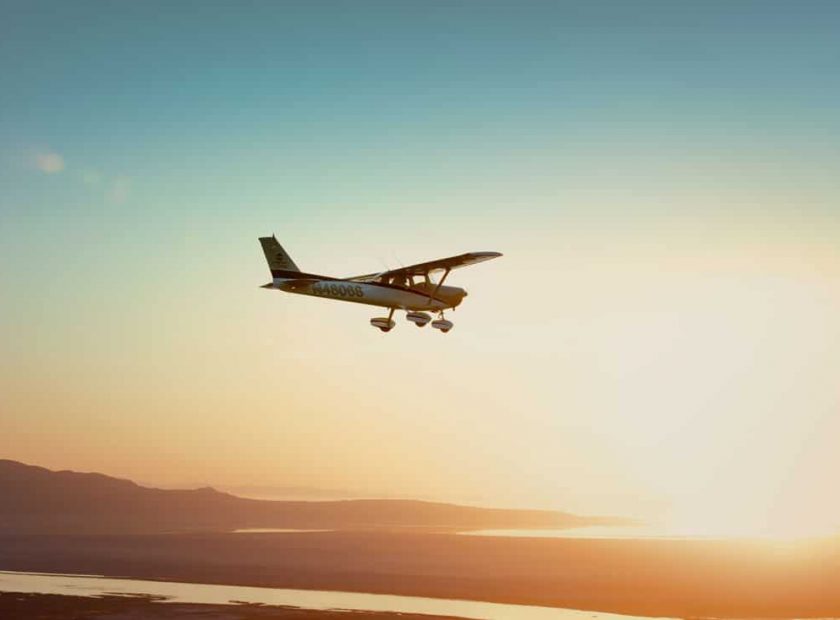 Upper Limit and AOPA are Teaming Up to Help Rusty Pilots

If you’re a rusty pilot, Upper Limit and AOPA can help get you safely back in the...
Learn to Fly!