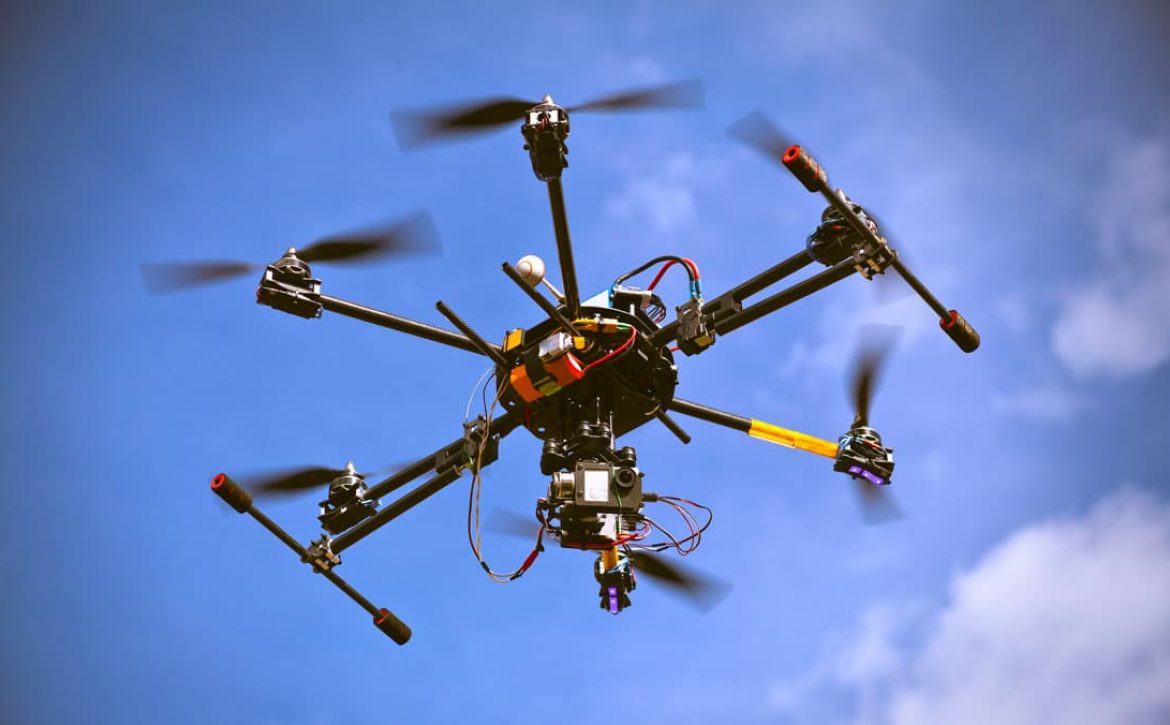 Earn your remote pilot certificate with a thorough and comprehensive course developed by Upper Limit Aviation!

It’s the perfect time to get into the exciting world of flying unmanned aircraft systems, or drones, with Upper Limit Aviation providing you with a clear path to your remote pilot certificate. The field is currently projected to grow into a $140 billion dollar business by 2020, and there are a variety of exciting commercial uses for drones that are just taking off, including Event Photography and Filming, Scientific Research and Conservation, Rapid Response and Emergency Services, Real Estate and Construction, Law Enforcement, Agriculture, and Package/Supply Delivery.

Our course will prepare you on all aspects required to undertake the sUAS FAA Knowledge Exam for commercial drone operations. A variety of topics will be covered in the class, including:

Upper Limit’s instructors have condensed the course from 48 classroom hours spread over 16 nights to just 32 hours spread over four days. Once you’ve completed our course, you will be fully prepared to take the FAA Knowledge Test at a CATS testing facility, and once you pass the exam, you’ll be awarded your remote pilot certificate by the FAA.

Cost for the Course: $400.00, Payable to Upper Limit Aviation

IMPORTANT: Payment to Upper Limit Aviation must be made by September 30th to guarantee a spot in the class. In addition, as the course has been condensed and a large amount of information is being put out, we recommend that participants arrive on time for the class and plan on attending the entire 32-hour block.

EducationalEntertainment
May 26, 2016by admin0 Comments

Do Drones Pose a Threat to Pilots and Aircraft?

The allowance of widespread drone ownership and operation in the United States through the clearance of approximately 60 organizations by the Federal Aviation Administration (FAA) has raised the level of concern for military, commercial, and private pilots alike. As concerns escalated, there were plans to construct six test ranges for these unmanned aircraft systems (UAS) by the summer of 2013, after the FAA established a rule-making process in March for the development of these test sites that were required by the 2012 FAA Modernization and Reform Act.

Manufacturers of these “unmanned aircraft systems” prefer that what is essentially a flying robot is not referred to as a “drone,” since one of the major selling points of a UAS is it does not require a pilot onboard. Therefore, its flying capabilities do not reply upon whether the pilot is fatigued; if the unit is low on fuel; or if the weather is inclement. A UAS will simply sit on the ground until it is instructed to return to home base or to proceed with its mission. In addition, flying a UAS does not command a pilot’s training and salary which are a significant investment, and the cost for maintenance and operation is significantly less. Although UAS manufacturers have suggested that a major consumer for the purchase of these flying robots will be the agricultural industry, a strong interest has also been expressed by architects and real estate professionals. In 2013, the estimated number of unmanned aircraft systems in operation was purported to be in the hundreds, but by 2025, the estimated number of UASs is expected to be in the tens of thousands which suggests that those “friendly skies” may become infinitely more crowded and less friendly.

The utilization of these “birds in the air” by law enforcement and fire departments appear to be a logical progression in the community contributions that the UASs are able to make. However, privacy issues escalate as quickly as the sales figures continue to climb. For example, if an unmanned aircraft system is used to locate a “hot spot” within a fire, and later law enforcement determines that it was intentionally set, what is the precedent for incorporating that UAS’s stored data for the prosecution of that arson case in court? In addition to a lack of regulation addressing privacy issues, the Air Line Pilots Association wants them to remain grounded until policy makers methodically generate rules for maintaining the safety of nearly a quarter million aircraft flying within the United States. The FAA is proposing some type of pilot certification as well as proposing high-tech safety systems that allow UASs to practice collision avoidance. The radio link with the UAS control station must also remain secure from hackers and/or terrorists to avoid having these perpetrators to assume control of a highly versatile and programmable [potential] weapon.

In 2015, the FAA released the 195-page document detailing the rules for operating Unmanned Aircraft Systems, and Drones, but the irony of the situation seems to be that the author of this NPRM received a drone for his birthday. In addition, the FAA was releasing in excess of 100 exemptions weekly that addressed the UAS hobby and/or recreational use. However, there is a wide range of individual differences among the owners/operators of these UASs in their willingness to abide by the regulations set forth by the Federal Aviation Administration. Commercial pilots and GA (general aviation) have been quick to recognize the safety threat that the UASs pose as the reports of near misses at less than 500’ continued to mount. Threats such as the possibility of a fully loaded passenger jet on a full power takeoff sucking a UAS into an engine over a densely populated area. There is an even bigger threat to national security when considering the terrorist capabilities of pre-programing multiple UASs and flying them into several national airports simultaneously where there are few or no options for eliminating such a security threat. Boeing has proposed a laser solution for larger military UASs but that is not feasible for urban or rural airport environments, and/or for such a small and [seemingly] invisible target. Another issue is that radar is unable to see a one-pixel echo, and lasers decay ballistically, i.e. dropping toward the ground so that there are likely to be more unintended consequences involving an office building, residential complex, or a commercial aircraft situation behind the intended target.

Many airports have little or no security capability to deal with unmanned aircraft systems, so the best they can hope to accomplish is to clean up the pieces after-the-fact. At the present time, there appears to be an FAA airspace regulatory issue combined with the DHS and FBI which then makes any TSA involvement redundant at best. Pending legislation could require the installation of UAS’s guidance systems that have “geo-fencing” options which would prevent them from entering airspace that surrounds the airports, although it would still allow them to fly everywhere else. However, even “geo-fencing” programming is not foolproof as evidenced by a firmware upgrade that allowed a UAS to launch within a Class B airspace but when airborne, it realized that is was not supposed to be there, stopped the engines, and dropped into [fortunately this time] a non-fatal situation. In a case of rogue unmanned aircraft systems, technology is under development that would assume command and control even a UAS that is flying preprogrammed and autonomously, which would allow law enforcement to disable the aircraft, and then trace it to its origin without crashing it.

The University of California has expanded upon the UAS technology by developing a Teflon “cloaking” material which creates a UAS stealth device which has no electronic or infrared signature thereby allowing it to avoid radar detection. Further reflection upon this capability is likely to raise immediate concerns for the positive and negative impact on commercial aviation, general aviation, and of course, military aviation, which may be mitigated by the implementation of responsible regulations and screening protocols. However, it is wise to remember that not all participants flying unmanned aircraft systems may play by the same rules of engagement, which suggests that increasing and updating the marketing and use controls prior to the purchase of a UAS is certainly more advantageous than dealing with the aftermath when a UAS is flown into the path of a fully loaded commercial aircraft or flown into an equally devastating situation.